The Nevada Clinic in Las Vegas, NV Our Team A 1952 Clinton High School graduate, Flemming Fuller Royal earned his bachelor’s degree at Wake Forest University in 1956 and obtained his medical degree in 1960 at Wake Forest University School of Medicine. He received training in aerospace medicine at Brooks Air Force Base, San Antonio, Texas, and was a flight surgeon with the United States Air Force from 1961 – 64. From 1964 – 80 he had a general practice in Eugene, Oregon and was one of the founders of The Nevada Clinic, Las Vegas, Nevada. He has served as medical director from 1980 until the present.

He is the author of the Physician’s Electrodiagnostic Handbook, the only book on electrodiagnosis written by an American, and has published several articles in medical journals on the subjects of homeopathy, acupuncture, electrodermal testing, and energy medicine. He has also presented lectures on these subjects to physicians in England, Germany, France, Canada, and Australia, as well as the United States.

Dr. Royal still loves his practice and patients. He holds current medical licenses in the States of Nevada and Utah. He is also licensed to practice homeopathic medicine in Nevada 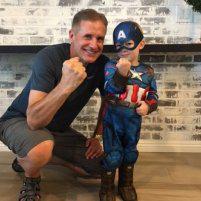 From a young age, Dr. Royal showed interest in the medical field. At just 14 years old, he processed lab tests and served as an X-ray technician at a medical clinic in Eugene, Oregon. He then went on to work as a technician in the homeopathic pharmacy of the Nevada Clinic in Paradise, Nevada.

In 1985 Dr. Royal earned his Bachelor of Science in Biology from the University of Nevada at Las Vegas (UNLV)/ He then went on to earn his Doctor of Osteopathic Medicine at the College of Osteopathic Medicine of the Pacific in Pomona, California, in 1989. He later completed his residency at Mesa General Hospital in Mesa, Arizona, and obtained his osteopathic and homeopathic licensure in Nevada in 1990.

Dr. Royal’s career has offered him some unique opportunities to study medicine. For instance, he has studied medical alternatives in Europe and Canada. He’s also spent time in Lancaster County, Pennsylvania, serving as a physician to the local Amish and Mennonite communities.

Besides dedicating his time to patients, Dr. Royal is also committed to advancing alternative medicine. In 2010, Dr. Royal conducted a clinical study to prove that herbal pharmaceuticals could correct nutritional deficiencies. In 2011, Dr. Royal patented a method that can obtain pluripotent stem cells from a patient’s own body.

Dr. Royal is passionate about alternative medicine. By treating patients holistically, he assists those who seek to improve and maintain their general health. Dr. Royal has had proven success using stem cells, immunotherapy, and insulin potentiation therapy to treat patients with cancer. D. Gregory Olson, M.D., A.P.H., Ph.D., was born and raised in Phoenix, Arizona. He graduated from Camelback High School in 1983 and then attended Brigham Young University in Provo, Utah. He spent two years in Brazil as a volunteer missionary for the Church of Jesus Christ of Latter-Day Saints and then returned to BYU to complete a degree in International Relations with a minor in English and Portuguese.

His interest in complementary and alternative medicine began when he sought help for chronic migraine headaches. After his successful treatment he began to study homeopathy and eventually pursued advanced degrees in the field of homeopathic medicine. He is a Fellow of the British Institute of Homeopathy in London where he earned his D.I. Hom. (diploma of the institute). Later he earned masters (M.A.) and doctoral (Ph.D.) degrees from Curentur University in Los Angeles, California. After practicing at the Nevada Clinic for several years he returned to medical school and graduated cum laude from Xavier University School of Medicine. He completed his M.D. in Atlanta, Georgia where he finished his 3rd and 4th years of school. While in Atlanta he volunteered time in a local homeless shelter providing basic medical services for those in need.

Dr. Olson loves to learn and continues to study medicine, healing, nutrition, science and religion. He has completed advanced training in Chelation therapy (ACAM/BPCT certified), Bio-identical Hormone replacement, electrodermal testing, and neural therapy. He continues to volunteer time with his church and with the Boy Scouts of America.

The smartest thing Dr. Olson ever did was to marry his wife Allison. They are the parents of seven wonderful children that fill their lives with joy and purpose. Although he loves to practice homeopathic medicine, Dr. Olson feels that the best success in life happens at home and extends from the family to the neighborhood to the community Bill grew up in Minnesota. He attended the University of Minnesota, where he received a degree in Microbiology.

After college, he spent two year in the Peace Corps in the Himalayan nation of Nepal. In Nepal, he worked at improving laboratory services in the area of parasitology and bacteriology. It was in Nepal where he was first introduced to alternative medical approaches to health care.

Bill joined The Nevada Clinic in 1984 after working for the French homeopathic firm Dolisos. He is an Advanced Practitioner of Homeopathy in the State of Nevada and concentrates on allergy and nutritional care at the clinic.
He is married and has two children. Originally from Florida, Michelle graduated from the University of Maryland with a Business degree in 1999. A military spouse, she moved to Nevada from Iceland in 2000 and began working at The Nevada Clinic in 2001. She has held many positions here, and is currently our Office Administrator.

Michelle has been married for 20 years and has two children, a son and a daughter.